A few dozen members of the First Christian Church (Disciples of Christ) chanted and sang praises Sunday as they marched in the church’s annual Donkey Parade in Jefferson City.

The church was one of many celebrating Palm Sunday, which commemorates Jesus’ triumphal entry into Jerusalem. The event was mentioned in each of the four gospels of the Bible.

The parade, which also included participation from the First Baptist Church, is usually an annual event, but has not taken place for the past two years due to the COVID-19 pandemic.

“We are really excited to bring back the tradition this year,” said co-coordinator Terri Lloyd.

Amelie Holtmeyer of Taos and Samson, a miniature donkey, led the way to the church at 327 E. Capitol Ave. to the Capitol and back between church services.

“I’ve been going there for years,” Travis Jackson said, as his daughters, Talia, 5, and Larissa, 9, petted and fed Samson ahead of the parade. “It’s really great to see the children. They don’t get to see animals very much.

“They’ve been excited to see the donkey for days,” he added. “That’s all she (Larissa) talked about.”

The regular church donkey was unavailable this year, so they used Samson instead. Holtmeyer, who is in 4-H, works with Samson on the family farm, where Samson is usually busy protecting the sheep.

“We love to sing and play other instruments as we celebrate Jesus’ triumphal entry into Jerusalem as King,” Lloyd said.

After the parade of donkeys, the children of the church took part in an Easter egg hunt in front of the church. 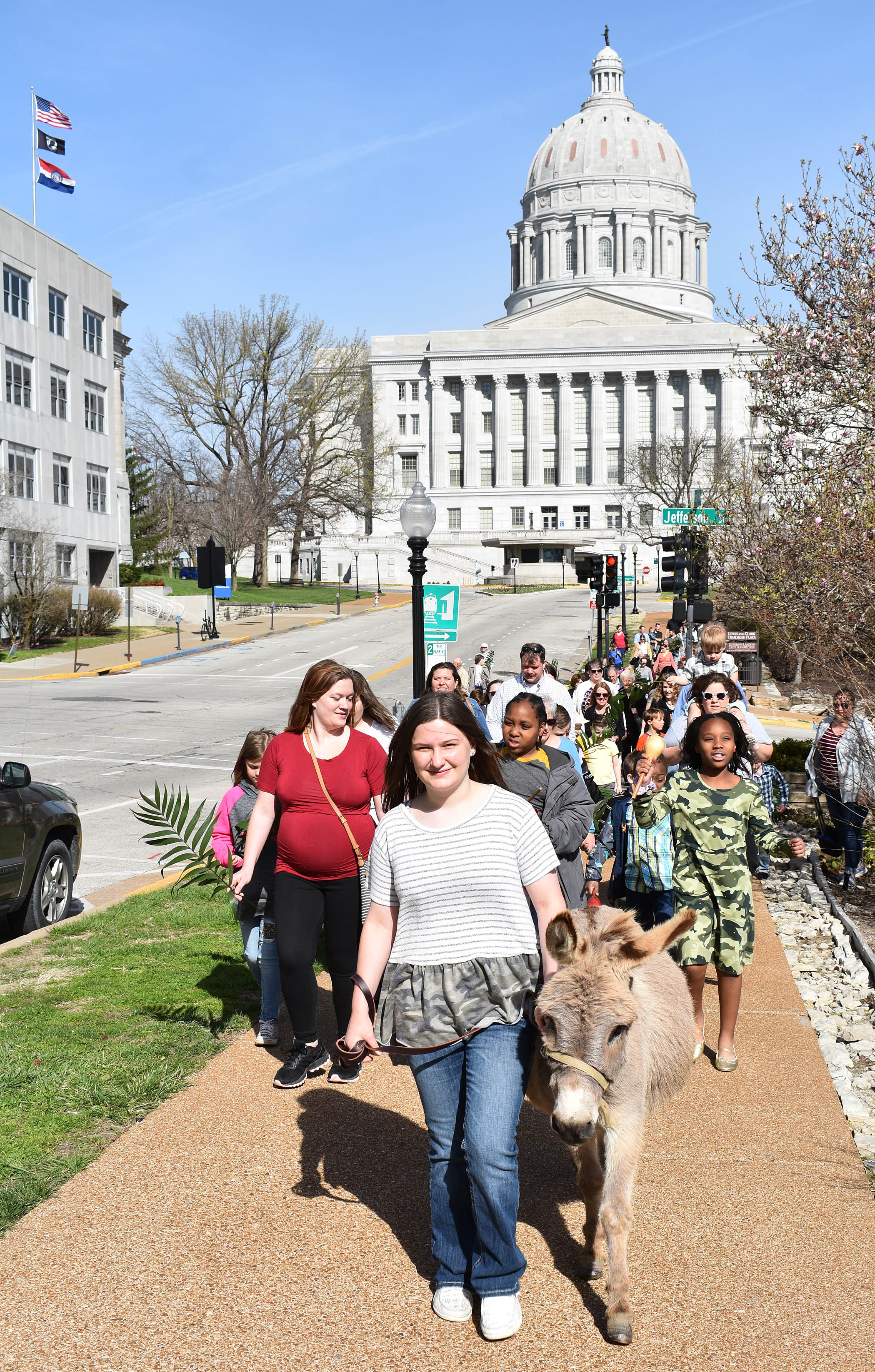