The family of a teenager who committed suicide in his senior year of school is suing the state’s education minister, claiming the public school failed in its duty of care.

Cohen Fink, 17, died on June 4, 2019, three days after completing his mid-year exams at Warnbro Community High School in south Perth, as he battled anxiety and depression.

His older brother Jaidyn, then 24, and sister Kylah, then 22, found him unconscious and desperately performed CPR as his father listened on the phone 1,000 km away after receiving a panicked call of his wife Pamela.

Cohen had previously struggled with his schoolwork, but the family said that after his death they discovered his mid-year exams were largely incomplete, the pages covered in scribbles and strange messages.

To a question on his chemistry paper, Cohen wrote, “Because I chose this as an answer, so deal with it. I don’t care even if I’m wrong because good. I already know that I’m failing this test.

His teachers had previously expressed concern about his responses to other teachers in emails, but it is unclear whether this escalated, with his parents saying there was no communication with them.

They only learned of his exam performance after fighting to obtain documents under freedom of information laws.

Their complaint accuses Education Minister Sue Ellery of failing in her duty of care to the family, alleging that Cohen did not receive mental health support at school.

He also said his “agents” – school staff – allegedly failed to provide an adequate response to the mental health issues Cohen disclosed that were “otherwise evident”. 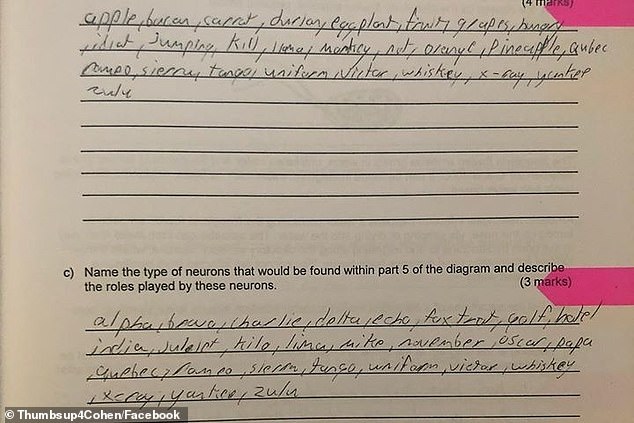 ‘It was obvious he was in severe mental distress…He came home from his exams telling us he thought he was fine…We had no idea,’ his parents said of the copies of exam. 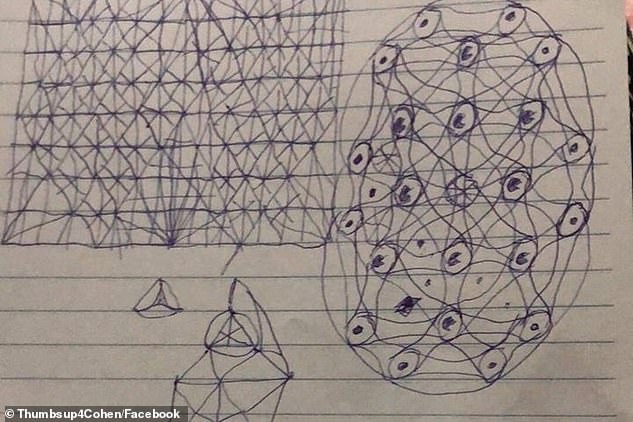 Cohen’s Year 12 mid-year exams, among the most important in high school, had barely finished and were covered in weird doodles and messages (pictured)

“The family and I have serious concerns about their response to Cohen’s fairly obvious distress and calls for help,” the family’s attorney, neglect expert Julian Johnson, told the newspaper.

Cohen had been diagnosed with anxiety and depression and had seen a psychologist outside of school for about a year prior.

“If we had been told (he was not finishing his exams), we might have had the opportunity to get Cohen the support he needed,” Ms Fink said.

Cohen told his parents he thought the exams went well.

Despite his mental health issues, Cohen was an active teenager.

He wanted to become a pilot after making his first solo flight at age 15 and joined the Air Force Cadets for two years.

He also had a girlfriend and managed to get his P plates less than a month before he died. 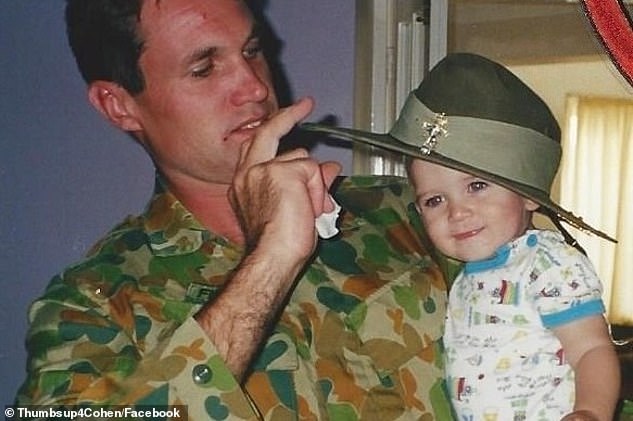 Cohen’s father, Christian, wrote an open letter to mark the first anniversary of his son’s death describing the moment he realized something was seriously wrong. 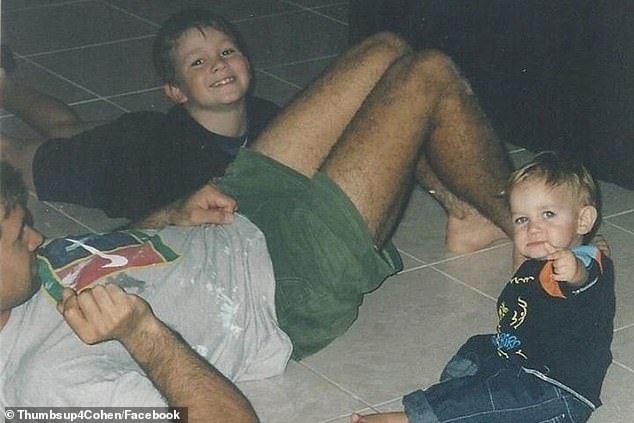 Cohen’s brother (left) performed CPR until an ambulance could arrive. Mr Fink was forced to listen on the phone as he returned from FIFO work

Cohen’s father, Christian, previously penned an incredibly raw open letter to mark the one-year anniversary of his son’s death, in which he relived the moment he received a phone call no parent ever wants to receive.

Christian was over 1,000km away working in the mines north of Leonora in central Western Australia as a fly-in-fly-out employee when his son died.

After receiving a panicked phone call from his wife, he called his son Jai who tearfully explained that Cohen was missing and left a note.

While still on the phone, Jai found Cohen unconscious in a shed adjoining the garage and called triple-0 before performing CPR.

“I could hear every squeeze on the phone and every breath my daughter and oldest son gave Cohen,” Mr. Fink said.

“My daughter kept saying in a broken voice ‘come on Cohen’, while my eldest son counted the compressions, all while I listened from 1,000 miles away”.

He was on the phone again when the doctor broke the terrible news to his family that Cohen had not survived.

“My legs gave out. I was on the floor out of breath…and I said to Kylah “you and Jai did good. I’m really proud of you two,” Mr. Fink said.

Cohen’s death coincided with his parents’ 24th wedding anniversary, and Mr. Fink was on his way home to celebrate with his wife when he received the life-changing call.

The couple previously told Daily Mail Australia that their son is ‘good, loyal and honest’.

“He just had a calming, very determined, independent presence…I always said if you wanted the truth, you just had to ask Cohen.” 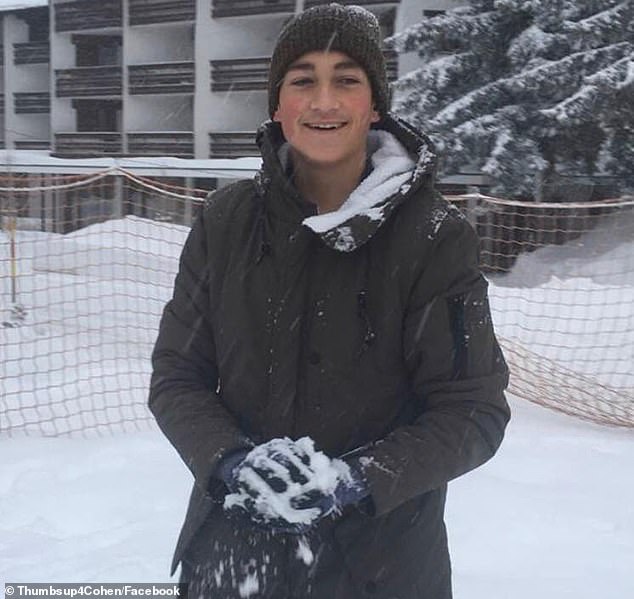 Cohen was honest and kind, and dreamed of becoming a pilot when he was old enough, his family told Daily Mail Australia.

About 12 months before his death, the 16-year-old started struggling at school and was diagnosed with anxiety and depression.

He saw a psychologist every two weeks until his death.

After the diagnosis, his parents sent three emails to his school explaining his situation before a school official responded, promising to schedule him with a counselor.

Her parents said it was ‘frustrating’ that their disclosure was not taken more seriously by the school.

Even after Cohen’s death, they felt the school could have done more.

‘[Cohen]The cohort of s were told to use the long weekend, only three days after his death, to get over their grief for a fresh start next week… This was disappointing and only confused our sorrow.

Her parents had previously requested a coroner’s inquest, but it was denied by the Supreme Court in February. 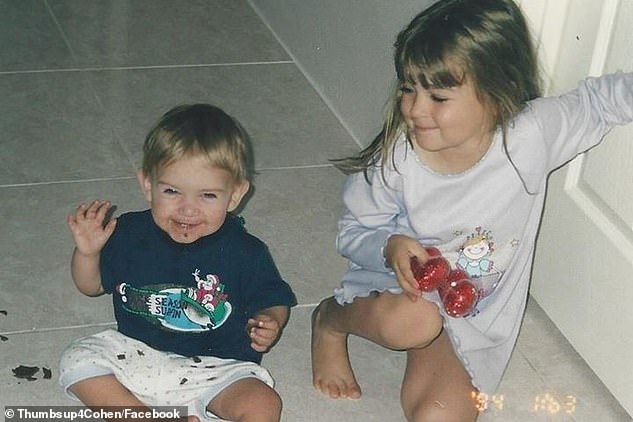 Her older sister stayed on the phone with her dad and tried to get help from neighbors once they found Cohen (pictured, the siblings when they were toddlers) 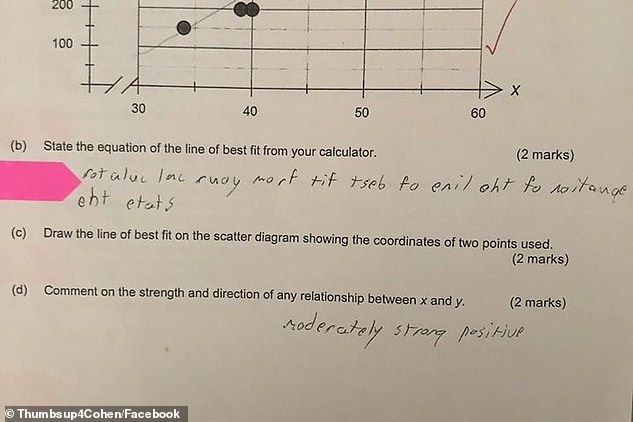 His family believe the exam papers clearly indicated that his mental health was deteriorating – including the highlighted passage, which appears to be written upside down

A WA state government spokesman expressed sympathy for the family but would not comment further.

“The loss of a young person under any circumstances is tragic, but as this matter is the subject of legal proceedings, it would be inappropriate to comment further.”

Ms Ellery is on furlough but told parliament in 2021 there were ‘gaps’ in communication between the school and Cohen’s parents before and after his death.

“I think the school and the department could have done better. I’m not sure we can go beyond that to say it directly led to his death,’ Ms Ellery said.