In the United States, the churches of at least four states have filed lawsuits over the ban on religious gatherings due to the coronavirus pandemic.

A prominent Virginia pastor died in April from COVID-19, after preaching that “I firmly believe that God is greater than this dreadful virus. “A church elder, struggling to make sense of the news, recalled:

“Our bishop always told us that, even when they brought him into the operating room, he proclaimed that God is still a healer. … I don’t know how, but I must say: God will take the glory out of it.

Like some other congregations Stricken by the pandemic, the church in Virginia wondered about the problem of suffering: why a good and powerful God, who is a “healer”, allows the suffering and death of the pandemic.

These are questions that fiction has explored for years, including, perhaps most famously in recent years, William Paul Young’s evangelical bestseller. The shack. In 2017, the novel became a Hollywood blockbuster which grossed over $ 96 million worldwide, with Octavia Spencer and Sam Worthington.

The shack investigation of the possible justifications for suffering and evil in the world, and how these relate to popular notions of God in Christian tradition as omniscient, almighty and good.

My current research examines how contemporary American novels – both popular evangelical and more literary fiction – deal with the theological issues of suffering and evil. In a new research paper, I suggest that the massive popularity of The shack was due to his inadvertent polytheism. It turns out that many gods solve the problem of evil in ways that the Christian God cannot.

In The shack, protagonist Mack (Sam Worthington), has the chance to question God. He wants to know why God allowed his daughter Missy to be sexually assaulted and murdered.

After a mysterious invitation, Mack visits the murder site years before. The dilapidated cabin in the snow-capped mountains magically transforms into a beautiful summer cabin by a lake. There, Mack meets the members of the Trinity, the three divine persons in one God worshiped by Christians.

Mack spends a weekend with Trinidad cooking, hiking and gardening as they take turns trying to “justify the ways of God to menIn the words of the English poet John Milton.

But the divine beings proliferate strangely. Mack meets a Hispanic woman in a cave named Sophia (Greek for wisdom), played by Alice braga.

When the time comes for God to lead Mack to his daughter’s body, the Father appears as a native man (Oneida actor Graham Greene of the Six Nations of the Grand River).

What is happening with this strange proliferation of divine beings, who in turn hijack and hijack Mack’s questions on the problem of evil?

In recent decades, critical Bible scholars have realized that the ancient Israelites worshiped a pantheon of gods.

If this surprises most readers of the Bible, it is understandable: the Bible was written by religious elites who, over the centuries, have textually condensed the pantheon of gods into the one God of the Abrahamic religions.

A historical shift towards monotheism can be traced through biblical texts: for example, what is called the second commandment, “You won’t have other gods in front of me,” of Bible book of Exodus clearly presupposes the existence of several gods.

There was El, the main god of the pantheon, and his wife Asherah. 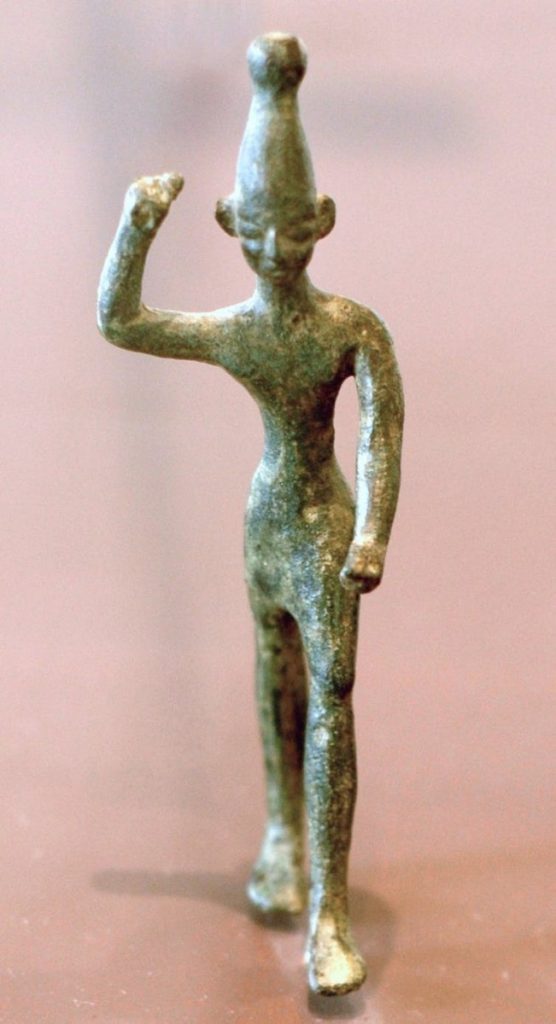 There was Baal, the storm god. They were joined by Yahweh – a name which came to be understood in Judaism as the sacred name of god, “too holy to be spoken aloud”.

Over time, Yahweh absorbed the attributes of Baal and rose to the top of the pantheon, displacing El and acquiring El’s wife as his own.

Biblical records, along with archaeological and other textual evidence, suggest that over the centuries other gods were demoted to angels, or denied their existence altogether, until Yahweh reigned alone.

Scholars continue to debate the historical development of this process, but it seems likely that the pantheon still existed during the days of the Israelite monarchy, until the Babylonian exile in 586 BC.

So when divine beings proliferate in The shack, it is for a logical reason and a historical reason.

The historical reason is that when the other gods disappeared, they sometimes left niches that would eventually fill up with other divine beings, like angels – or possibly members of the Christian Trinity.

The logical reason is that it is much easier to explain the problem of evil when there are many different divine agents, who sometimes work against the grain.

Divine conflict does not occur in The shack, but the multiple divine beings strive to deflect the questions and distract Mack’s attention.

Daddy, Father, explains free will and the Holy Spirit speaks of Adam and Eve “original sinIn the Garden of Eden, a state of “fall” supposed to be endured by all their descendants. The Son emphasizes the importance of a relationship with God, and Wisdom describes human ignorance. But Mack never really gets a good answer as to why innocent people suffer.

There are other literary solutions to this problem of suffering in addition to evangelicals. Maybe God is not good, as in Cormac McCarthy’s blood meridian, or is not interested in individuals as in that of Carl Sagan Contact. But these solutions mean the abandonment of Orthodox Christian theology.

The shack instead, he accidentally stumbled upon a surprising solution: to recover the ancient Israelite polytheism from which Young’s Christian tradition developed.

This is inadvertently because the characters do not present themselves as polytheistic beings but rather as different faces of one God. “We are not three godsIs the official position of the Father.

But as I propose in my new article, The shackThe popularity of s may be due in part to the pantheon that Mack (re) discovered. Perhaps we should let go of the Father’s claim and embrace polytheism as a theologically easier answer to the problems of evil and suffering.

This article is republished from The conversation under a Creative Commons license. Read it original article.